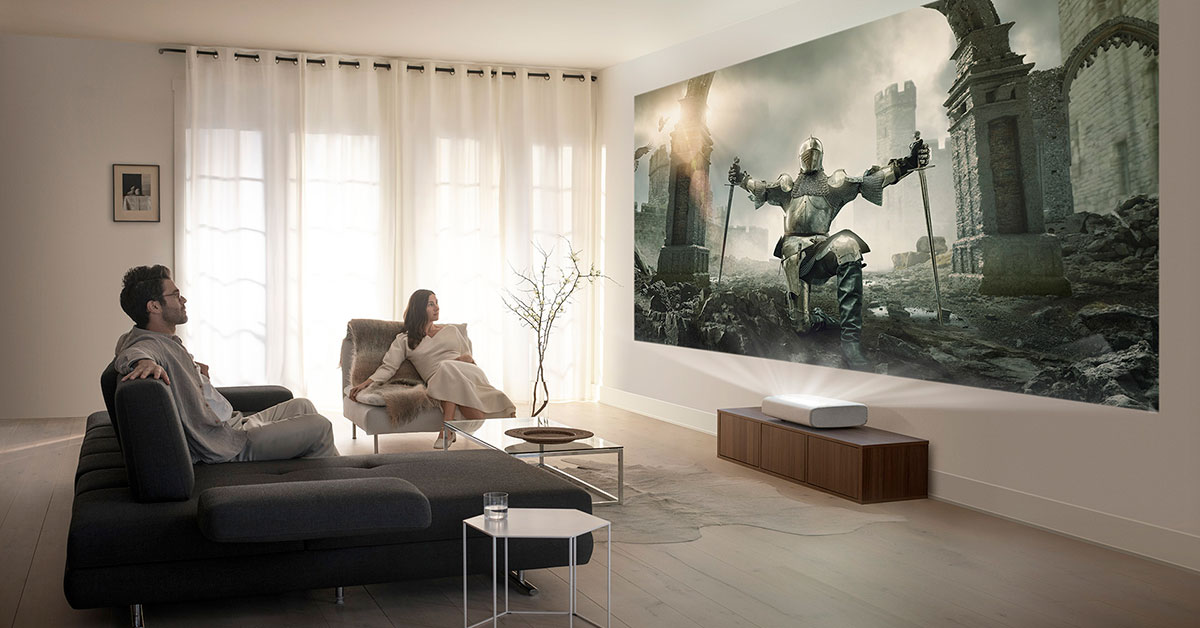 Video projectors traditionally offer less clarity and depth compared to the latest TVs, but the Samsung Premiere has closed the gap. The Premiere is the newest short-throw laser projector designed to deliver a theatre-like experience in your home.

So, is the Samsung Premiere worth it? Here is a closer look at its features and the benefits of choosing it over traditional projectors and 4K TVs.

What Is the Samsung Premiere?

The Samsung Premiere is a short-throw TV projector with laser technology. Instead of a lamp, the projection is created using lasers. As a short-throw projector, you do not need to place the Premiere across the room from the wall. You can set the projector 4.4 to 9.4 inches away.

The device measures just 21 x 5.55 x 14.4 inches and weighs 11.5 pounds. The outer shell is white while the front of the projector has a light gray speaker grille.

The projector is available in two sizes – 120 inches and 130 inches. Both options allow you to adjust the display down to a minimum size of 100 inches. You also get the following features:

The back of the device includes three HDMI inputs for connecting your TV, Blu-ray player, game system, or computer. It also has a USB port, Ethernet port, and digital optical audio output.

The USB port allows you to play media from a USB drive or a computer. The projector also has Wi-Fi for its smart features, but you can use the Ethernet port for a wired connection.

Laser projectors also come in a wide range of configurations. Some projectors use a single laser with digital light processing (DLP). The laser emits a blue light that is split in two and passed through a rotating wheel to create the full spectrum of colors.

The Samsung Premiere uses triple laser technology. Instead of a single laser, the design includes individual lasers for red, green, and blue light. This configuration is also called the RGB laser system.

The use of three lasers offers a wider range of colors, richer colors, higher frame rates, increased resolution, and greater efficiency. It is also a major reason behind the higher cost of a projector such as the Premiere.

The Premiere is not the only projector to include RGB pure laser output. However, it is the first projector to support HDR10+.

Almost all 4K TVs and many high-end HD projectors support HDR10. With HDR10+, the Samsung projector can deliver lifelike colors and better contrast. The HDR system continuously finetunes the color settings to optimize the picture for each scene.

The Premiere also includes a “filmmaker” mode. The filmmaker mode further tweaks the settings to ensure that the image on the screen matches the filmmaker’s vision. The shadows, colors, and aspect ratio are precisely tuned to give you the best viewing experience.

Amazon partnered with Samsung to update its catalog of videos. All HDR content on Amazon Prime Video is available in HDR10+ and supports the filmmaker mode for enhanced video quality.

LED projectors typically top out at about 2,000 lumens. Delivering a brighter image helps increase the clarity of the image. With 2,800 lumens, the Premiere can display a clear 4K video with superior color saturation compared to lower quality projectors.

The Premiere should also last much longer compared to bulb projector lamps. The typical projector bulb has a life of about 2,000 hours while the lasers inside the Premiere have a life of at least 20,000 hours.

The Premiere includes four woofers and two tweeters to provide surround sound. The built-in audio also includes Acoustic Beam Technology. This new design feature includes a row of holes to direct the sound from the left and right speakers. The angle of the holes helps create a deeper, fuller sound.

The quality of the 4.2-channel audio with Acoustic Beam Technology surpasses the speakers found in almost any TV. The sound is immersive and bounces around the room when listening to high volume levels.

The Samsung Premiere is equipped with a Smart TV powered by TIZEN. You get the same Internet-enabled features found on most Samsung TVs, including access to streaming apps. You can stream content from Netflix, Hulu, and other popular services.

The Premiere also supports various voice assistant technologies, including Google Assistant and Amazon Alexa. You can control the projector with a Samsung app, voice controls, or a remote.

Can You Play Games on the Samsung Premiere?

Yes, you can play video games on the Samsung Premiere. The projector includes an automatic game mode when connected to any of the latest video game consoles. The Premiere automatically adjusts the settings to optimize the output for gaming.

The Samsung Premiere is the premiere laser projector at this moment. It includes the latest technologies available for projectors to deliver stunning 4K video on your wall or a screen. Compared to other projectors, the Premiere produces ultra-bright video with heightened contrast and superior detail.

You can also project a screen up to 130 inches in size if you get the 130-inch model. The one drawback is the cost of the projector, as you can get a Samsung 4K TV for less.

If cost is a major concern, the 120-inch Premiere costs a little over half the price of the 130-inch version. You get a slightly smaller screen but the same features, including 4.2-channel audio and smart TV features.

Yet, one of the best features of the Samsung Premiere is the size. The projector takes up minimal space and only needs to sit up to 9.4 inches away from the wall.

Have any questions about the Samsung Premiere? Let us know in the comments below or contact us! We are happy to help. 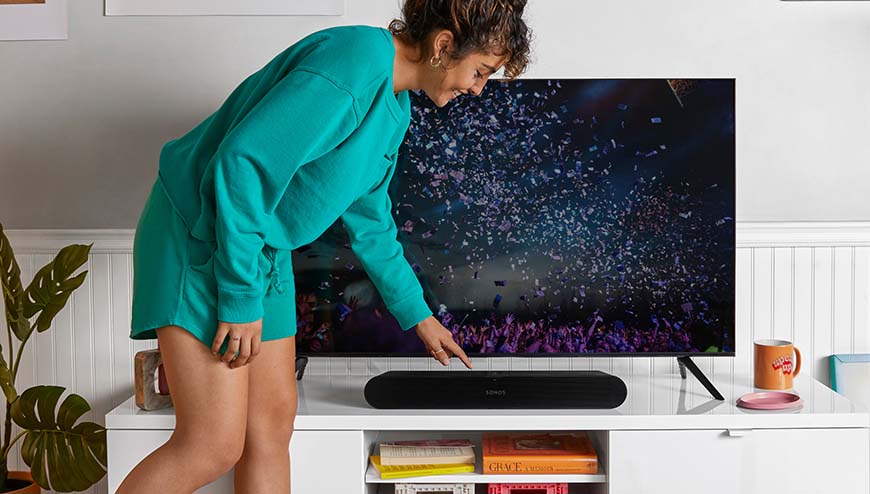